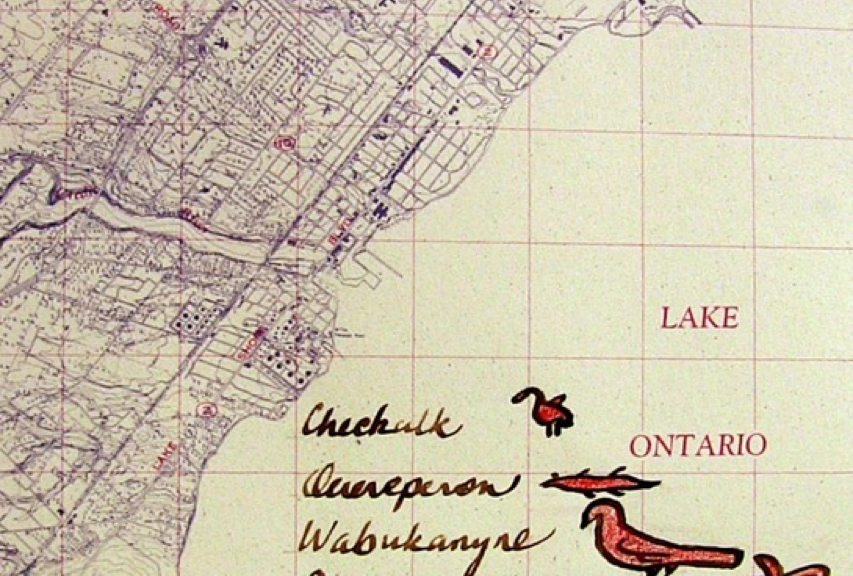 As co-organisers of the ‘Entangled Modernities’ conference, Lara Atkin, Michael Falk, David Stirrup, and I were asked by The Modernist Review to reflect on the what the move online has meant for conferences and how we organise, promote, and attend them. Primarily written by Lara, with some contributions from Michael, David, and myself, the below is a copy of the article published by TMR in the first of a series of ‘online events dialogues’:

We thank TMR for the invitation to reflect on this important topic.

When we first started planning the Entangled Modernities conference in July 2019, the animus for foregrounding colonial encounters and entanglements was the lack of a proper reckoning with our colonial past in public discourse here in Britain. Brexit has rekindled not only imperial nostalgia, but an equally problematic resurgence of the idea of the ‘Anglosphere’ that is embedded in the racial logics of settler colonialism. In this moment of populist nationalist insurgence across the Western world, it seems particularly urgent to critique the premise that former British settler colonies were always majority white spaces, and to foreground the contribution of non-European peoples and cultures to the intellectual traditions, cultural formations and technological innovations popularly associated with modernity. Even the very concept of ‘modernity’ has become increasingly problematic in recent scholarship: ‘modernity’ has been used as an ideological weapon, justifying the domination of ‘traditional’ peoples by more ‘advanced’ ones.

In these public and academic contexts, we felt there was a pressing intellectual, political and ethical need to rethink the methods we use to assay ‘modern’ literature and culture, and to focus on ‘entanglements’ between different types and conceptions of a/modernity. In order to achieve this, we knew straight away that Indigenous scholars had to be central to the conversation. The University of Kent’s new Centre for Indigenous and Settler Colonial Studies was, therefore, an ideal host for the conference, while engaging critically, as the centre itself aims to do, with what it means to do this work at the Heart of Empire. Placing Indigenous voices, theory, and methodological approaches at the centre of that critical engagement is essential to move the conversation in Europe forwards. Doing so necessarily involved planning to fly scholars from the Pacific, North America, Asia and Africa to Canterbury.

In early March 2020, as Michael Falk and I met to put the panels together, it became increasingly clear that the face-to-face gathering on May 24th-25th was not going to be an option. As Spring progressed, even our (perhaps naïve) rescheduled date of 12-13th September began to prove impossible as the pandemic showed no sign of abating. We then began to consider what sort of online format would facilitate the sort of convivial interdisciplinary conversations we envisioned the symposium enabling.

The main question we pondered when transitioning to online was how to create a sense of community, while everyone was now so dispersed, that one gains at a face-to-face conference.  The first scheduling decision we made was that we would make the days longer and have all delegates attend the same papers, rather than having parallel panels in multiple Zoom rooms. The second was to involve postgraduate and postdoctoral students from the Centre for Indigenous and Settler Colonial Studies in organising a ‘social’ event for the conference: a screening of short Indigenous films. This enabled the event to bring in postgraduate students who don’t necessarily feel comfortable speaking out at main events. In this respect, the film screening was a great success, as one of the postgraduate organisers reported:

It was an absolute delight to be a part of such a vibrant and exciting conference, I’m hoping there will be more events like this in the future, it fostered such a lovely sense of community and collaboration.

As the event drew nearer, we considered how best to facilitate the informal networking one normally gets at conferences. Taking our inspiration from the corporate world, we decided to use Slack Channels for this. The #general channel enabled delegates to introduce themselves and was a space to continue conversations begun in the Q&A sessions that followed the panels and roundtables. While we had always planned to have at least one roundtable, we decided to add a second roundtable to the conference programme  in the hope that this would foster slightly more informal debate and discussion. We were not disappointed: the two round table sessions produced particularly vibrant discussions both between panelists and betweenaudience members. Having the conference online meant that we were able to gather round table panelists from a number of continents, ensuring the kind of representation that it would otherwise have been difficult to achieve.

The #technical channel was a place for any technical issues to be raised and resolved, while the #resources section was an opportunity for people to promote their own and others’ work, and follow up on reading recommendations and references given in the papers. In order to enable the smooth running of the day itself, and minimise the techno-angst of our delegates, Michael acted as technical chair the whole time: making sure screen sharing technology worked, sharing and communicating the schedule and being on hand to reassure anyone unfamiliar with online conferences. This enabled panel chairs to focus fully on the intellectual content of the day and taking questions from the floor through the Zoom chat. Finally, to add pace and variety to what would have otherwise been a lot of screen time, we made sure that we alternated standard panels with more dynamic formats such as lightning talks and roundtables.

Of all these technologies, it was the Slack Channel that most exceeded our expectations. There was a lively backchannel chat throughout the conference. Speakers posted their bibliographies in the #resources channel, delegates were able to get in touch with panelists they shared an interest with, and panel discussions spilled over into debates in the #general channel. In some ways, the Slack resembled a twitter hashtag, with its lively discussion and low barrier to entry. The Channel continued to have some activity for several days after the conference, and while we do not have data to support this, we suspect that delegates have been revisiting the channel to look up ideas and resources that were raised during the conference.

Where to from here?

In some ways, Entangled Modernities was just like any other conference. Delegates arrived, keynotes gave distinguished lectures, roundtables tried to get a grasp on the underlying themes of the event, papers sparked discussion or were politely listened to. We are planning the usual range of conference outputs, working towards journal issues, edited collections and future meetings that will build on what we hope was a real sense of momentum among conference delegates.

But with the success of the online format, we are also exploring new avenues for networking and collaboration. We will release a generous selection of the symposium on YouTube, taking advantage of Zoom’s cloud recording feature. David has used the conference as a springboard to launch an online reading group on Indigenous Theory and Method. And in the wake of the conference, Lara has arranged a monthly series of Work-in-Progress Workshops, where Europe’s scattered scholars in Critical Indigenous and Settler Colonial Studies can submit articles they are working on for discussion and feedback.

In a way, COVID was exactly what this field needed, at least in a European context. In the settler societies of Oceania, the Americas, Africa and Asia, there may be established concentrations of scholars, and established protocols for networking and engagement. (Of course, ‘established’ doesn’t mean ‘unfraught’.) In Europe, where the complexities of Indigenous and Settler Colonial societies are more remote in space, the scholarly community is also more fragmented. COVID may finally have realised that early promise of the internet, as a structure that reaches into the world and collapses the orders of space and time. It is a grisly time, but we hope that by adapting to it, we can build something new and lasting for European, non-European and Indigenous scholars around the world.

The full programme for Entangled Modernities can be found here. For more information about the projects, please visit Southhem and the University of Kent Centre for Indigenous and Settler Colonial Studies.