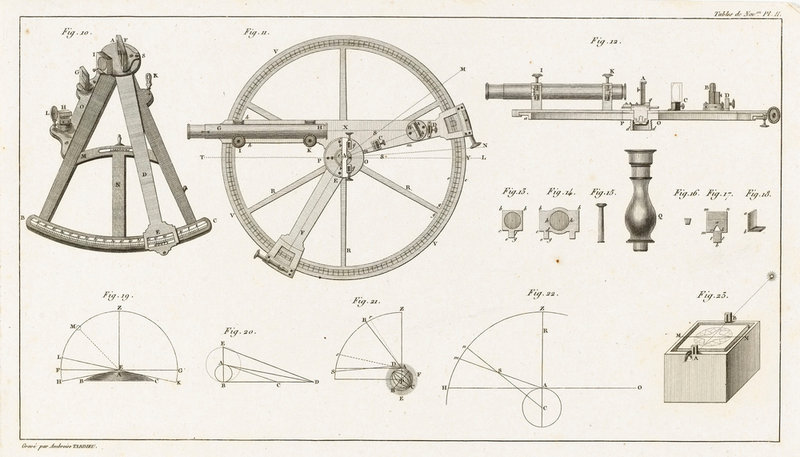 In his 2008 article for the Australian Humanities Review ‘Keys to the South’, Kevin Murray offers three frameworks for thinking about ‘Southness’: the Southern Hemisphere, the Global South, and the Colonised South. Most obviously, the Southern Hemisphere refers, in a conventional Mercator understanding of the globe, to the ‘geographical region below the equator’. But as Murray points out, this designation also entails an implicit hierarchy of ‘up’ and ‘down’ or ‘above’ and ‘below’ that roughly (but not wholly) ‘aligns with the hierarchies of developed and developing’ (Murray 2008: 24). Within this vertical hierarchy, Australia and New Zealand occupy the privileged positions of ‘first-world’ economies and perhaps also a special status in the ‘economy of cultural capital’, while nonetheless falling short of the ‘symbolic credit’ of Northern centres and their long histories of cultural production (Murray 2008: 25). At the same time, this sense of belatedness (or ‘cultural cringe’ as it is known in popular culture) is somewhat mitigated by the symbolic power of the ‘Great Southern Land’ in the Australian national (and nationalist) consciousness, even if, ironically, it has its roots in a special relation to the land adapted from oppressed indigenous cultures.

Yet as Murray goes on to point out, the South is also a direction or orientation as well as a place or region (Murray 2008: 26). In other words, as a concept ‘South’ does not neatly fit or stay within hemispheric lines. A North-South divide (with its implications of vertical hierarchy) is equally applicable to Europe, for example, with the North referring to Germany, France, Britain, and the Scandinavian countries; and the South to Spain, Portugal, Italy, Malta, and Greece. Even within countries, the South is generally associated with a languishing economy and/or less civilised (and even criminal) way of life; for example, Sicily within Italy; Marseilles within France; and parts of the American or Dixie South within the USA. On the other hand, relations between ‘Southern’ countries can also be considered horizontally; for example, the term ‘Global South’ refers to the horizontal relationships between so-called peripheral or developing countries.

The Global South is a term that developed as a corrective both to axial and to Anglo-American and Eurocentric conceptions of globalisation. As Geraldo Mosquera points out:

This structure of axial globalisation and zones of silence is the basis of the economic, political and cultural network that shapes, at a macro level, the whole planet. The to-ing and fro-ing globalisation is really a globalisation from and for the centres, with limited South-South connections…The world is practically divided between curating cultures and curated cultures. (Mosquera 1994: 105)

Numerous scholars have nonetheless cautioned that ‘Global South’ should not be ‘taken too literally’ to mean one half of the equator but should rather ‘be understood in the wider context of globalization – or global capitalism’ (Hollington et al. 2015: n. p.). Matthew Sparke, for example, has argued that, in its most inclusive definition, the North is equivalent to a transnational ‘capitalist elite’ and the South to dispossessed groups of people, whether in diaspora or in the Americas, Europe, Asia, Africa, or anywhere else in the world: ‘the south is everywhere but always somewhere’ (Sparke 2007: 124, 117).

Global South is therefore a term used to describe developing or less developed countries or regions (i.e. countries in Africa, Asia, and Latin America), but it can also include diasporas as well as the poorer ‘Southern’ regions of wealthier ‘Northern’ countries, while excluding countries located in the Southern Hemisphere. Australia, for example, is often seen as an anomalous Northern culture physically located in the South: ‘in but not of’ (Jolly 2008: 80). Occupying privileged positions of ‘first-worldedness’, Australia and New Zealand therefore potentially fall out of the category of ‘Southness’ as understood by the term Global South (although indigenous populations within Australia and New Zealand are sometimes understood as part of the Global South). Indeed, it is possible that more countries of the Global South are physically located in the Northern Hemisphere than in the Southern Hemisphere, suggesting the constructivist nature (but also generative potential) of Global South as a concept—what Bruno Latour refers to more generally as the ‘associations and substitutions’ occasioned by the ‘conceptual space’ (Latour 1999: 161, cited in Muecke 2008: 42).

Countries deemed part of the Global South often have long interconnected histories of colonialism, neo-imperialism, and structural inequality. Thinking about the Global South therefore also involves a consideration of the ‘Colonial South’ or the persistent structures of colonial power relations, from the various (and ongoing) dispossessions of indigenous peoples, to the legacies of colonialism and de-colonialism (in particular, ‘settler colonialism’), to the creation of settler and non-indigenous identities. Sparke has argued for the potentially liberating potential of the term Global South, suggesting that ‘the geographical formulation of the Global South itself can be cast as a form of reterritorialization articulated in the interests of repossession. As such it builds upon multi-layered foundations that include all the reterritorializing work of the ‘post-colonial’ nation-states forged by independence movements against territorial imperialism’ (Sparke 2007: 118).

Sparke’s argument about the ideological and political implications of the Global South brings to mind another conception of ‘Southness’ connected with colonial knowledge-production and its legacies: ‘Southern Theory’. This theorizing of ‘Southeness’ involves the ‘re-territorialiing of global intellectual production’ (JWTC Website) or what Boaventura de Sousa Santos has called the study of ‘counter-hegemonic globalisation’ in order to promote ‘the struggle for global cognitive justice’ (ALICE Website). The European Research Council-funded ‘ALICE’ project, led by Santos, ‘seeks to re-think and renovate socio-scientific knowledge by drawing upon “Epistemologies of the South”’ (ALICE Website). In a similar vain, the ‘Johannesburg Workshop in Theory and Criticism’ is ‘an experiment in global conversation’, which ‘take(s) seriously a position in the South’ (JWTC Website). Another collaboration examining south-south connectedness is the ‘Areas of Knowledge’ project – a collaboration between scholars in Brazil, South Africa, and Australia to map social science publishing in the South. In Europe, the ‘Global South Studies Centre’ in Cologne ‘conducts research into social, economic, political, and cultural change in the countries of the Global South’ in a variety of disciplines (GSSC Website); and the ‘Southern Conceptualisms Network’ (CCN), based in Madrid, seeks to ‘deal with the dominant circuits of cultural production, running from north to south, and replace them with horizontal programmes that include south-south routes between archives, museums, researchers, artists, and institutions’ (CCN Website).

This kind of ‘Southness’ is concerned to challenge Western and Northern conceptions of knowledge production, as well as to renovate indigenous knowledge and to consider the ‘interpenetration of indigenous and exogeneous knowledge’ (Jolly 2008: 76). Our own SouthHem project seeks to investigate the creation of taste, literary value, and cultural capital in the British colonial Southern Hemisphere and Straits Settlements by analysing book-holdings and the circulation of books, and by investigating the formation of literary associations, institutions, and print cultures (libraries, learned societies, journals, and so forth). The project asks the following research questions:

In asking these questions, SouthHem draws on all four concepts of ‘Southness’ referred to above (Southern Hemisphere, Colonial South, Global South, and Theoretical South). The SouthHem conference being held at University College Dublin on 30 November and 1 December 2017, ‘Cultural Geographies of the Southern Hemisphere, 1870-1780’, hopes to develop some of these ideas in the fields of book history, literary history and theory, cultural geography, and associational and institutional culture. We are greatly looking forward to Prof. Elleke Boehmer’s opening paper, provisionally entitled ‘Thinking Southness: Pathways and Paradigms’, as a way of thinking through some of the ideas raised above.

Comaroff, Jean, and John L. Comaroff. Theory from the South: Or, How Euro-America Is Evolving Toward Africa. Boulder, CO: Paradigm Publishers, 2011.

Mishra, Pankaj. From the Ruins of Empire: The Intellectuals Who Remade Asia. New York: Farrar, Straus and Giroux, 2012. 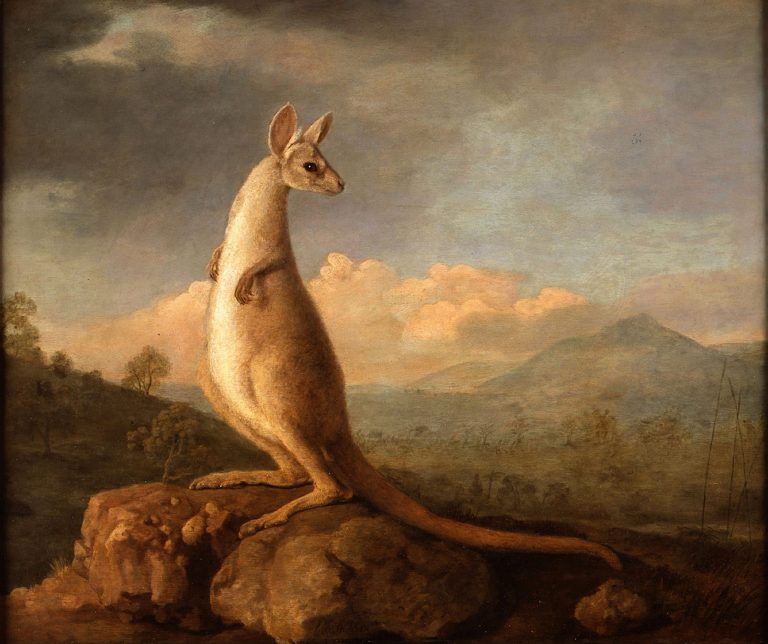 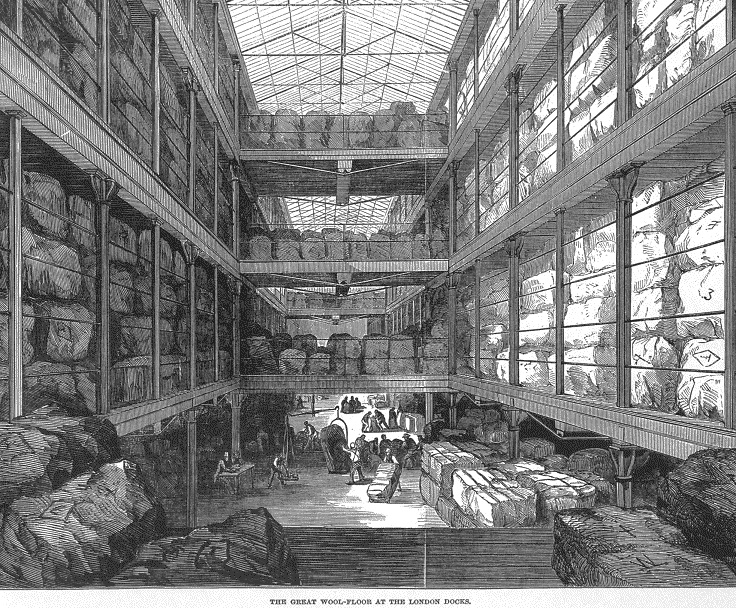 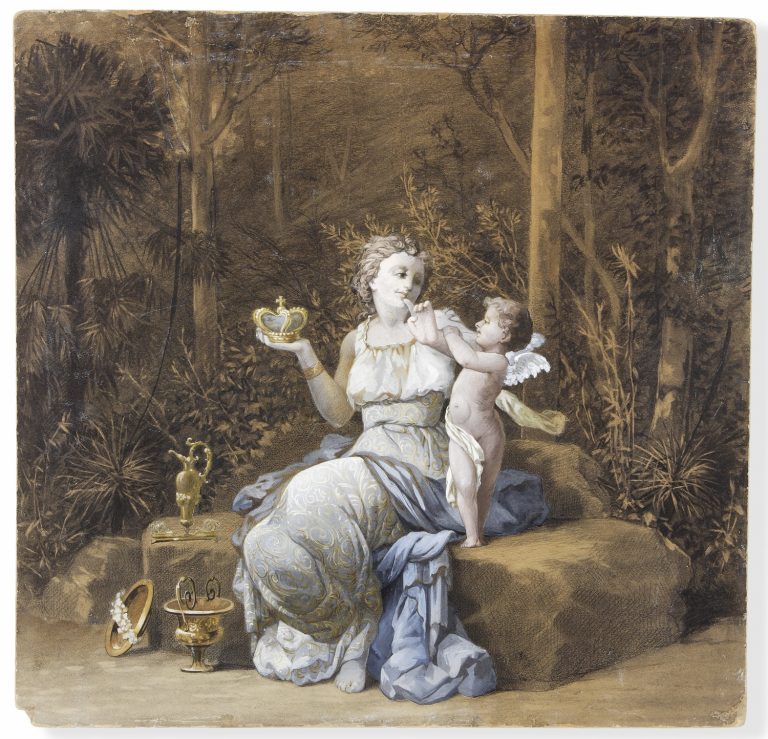