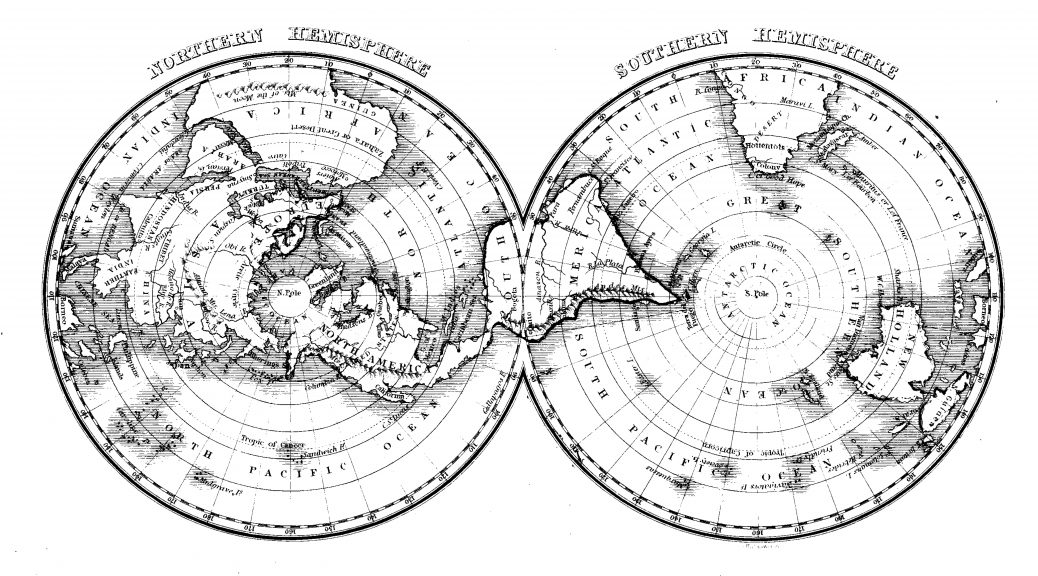 Some brief and informal notes of my closing remarks delivered with thanks to a fantastic group of participants at the recent “Cultural Geographies of the Colonial Southern Hemisphere” conference at UCD.

Elleke Boehmer opened the conference by thinking about the “South” or “Southness” not just as place but also as direction or perspective. As she pointed out, we can understand the South not only in terms of locatedness (“writing from”) but also in terms of directionality (“writing to”). The idea of audience (ideal or otherwise) arose in many of the papers delivered at the conference, particularly in relation to the question of lateral or horizontal connections: i.e. the South writing to the South or East rather than to various Northern or Western audiences.

Both of these ideas—“writing from” and “writing to”—raised a series of methodological questions concerning how we think about the South.

James Mulholland broached as a central question the language or vocabulary of “centre-periphery” and asked whether those terms are still useful ones. Bruno Latour’s theories of knowledge accumulation suggest that a nodal point can be a regional centre while still being peripheral vis-à-vis certain metropoles, but this issue led to wider methodological discussions about the relationship between postcolonial theory and networked conceptualizations of empire.

Some speakers valued the idea of the “periphery” as a way of expressing the power geometries of empire, and argued that networked conceptualizations of empire must nonetheless retain ways of examining power relations, particularly those relating to the cultural and ideological dimensions of empire, and their discursive practices. Others preferred to move away from the vocabulary of centre-periphery for two reasons. The first reason concerns the modular nature of settler colonialism, which quickly went about establishing the very institutions that constitute centres and public spheres. Kathleen Wilson talked about this issue in relation to the establishment of theatres in Sumatra. Sarah Comyn, Esme Cleall, and Tanja Bueltmann’s papers on colonial institutions and associations (such as Mechanics’ Institutes and philanthropic organizations) also suggested that “centre-defining” institutions were quickly established in the so-called “peripheries”.

A second reason raised for questioning the language of centre-periphery was the long histories of indigenous populations. Sugata Bose’s work on the indigenous “bazaar nexus” operating between a layer of European capital and a layer of indigenous informants and brokers in the Indian Ocean region is a case in point [see, esp., A Hundred Horizons (2006)], as is work on the Malay Archipelago, which is now being recognized as a major nineteenth-century centre for Malay and Arabic print, manuscript, and performance cultures even if it was thought of as “peripheral” in a Western European sense.

James Mulholland suggested regionalism as another way of thinking about the relationships between centre-periphery. His point was not to revive the traditional regionalism tied to Area Studies but rather to develop a new kind of “critical regionalism” that can link into the “interregionalism” proposed by Bose as an alternative for “globalism”. Alan Lester raised the idea that regionalism could be defined as a particularly dense set of networks rather than as something completely separate from a networked conceptualization of empire.

Elleke Boehmer discussed the issue of “externality” or the idea of the South as a space for expansion, which fed into issues raised by a number of other papers about the South as a “horizon” or “frontier”, but also about colonialism as an ecological event. Deidre Coleman, in particular, productively linked ideas about the ecological colonization of space to the collecting cultures of empire in her paper about natural history collecting in the “deep North” of Western Australia. [I did not mention at this point, but should have, Elleke’s final image of the Aboriginal artist Angelina George’s painting “Near Ruined City” (2007) as an alternative view of Southern landscape not as horizon, frontier, or expansive space but as a series of interconnected peaks and ranges—a painting of depth rather than of panorama.]

Another interesting dichotomy that arose during the conference was that of globe and world. It was raised explicitly by Peter Otto but it also spoke to some of the methodological questions raised by Philip Steer; in particular, the relationship between global theory/ history and questions of “worldedness”. Eric Hayot’s work on literary worlds raises some of these ideas when he talks about the world-creating forces of aesthetic objects [see, esp., On Literary Worlds (2012)]. The idea of the world-creating potential of the aesthetic object was discussed in both Peter’s paper on panoramas (and their potential “auto-geographies”), and Philip’s discussion of the special role of literary texts/ criticism in understandings of empire.

Questions of scale came up frequently during the conference—not just in terms of “close” versus “distant” reading but also in terms of scalar structuration or the relationship between different levels of scale: local, national, regional, transnational, global. A number of papers—particularly that of Peter Otto with its wonderful focalizations at almost every level of scale—suggested that the relationships between different level of scale are not hierarchical or “nested” but rather multi-directional in their influence.

A group of papers looked at questions of humanitarianism. Alan Lester discussed George Grey and “salvage ethnography” while Anna Johnston considered the moral implications of the aesthetics of sympathy in her paper on the poet Eliza Dunlop.  Jason Rudy also discussed the ways in which sentimental poetry like Dunlop’s can inspire political and humanitarian reform, although he focused more heavily on the affective expectations of genre [see below]. Manu Samriti Chander’s paper on how ideas about race permeate taste (i.e. on the racialist logic inherent to the discourse of taste) not only considered the ways in which different races were figured as having different innate capacities for feeling in the nineteenth century, but also how this might make us question the limits of sympathy as an aesthetic mode. Esme Cleall’s paper on Tilly Aston and her representations of blind Aboriginal children reminded us that there were different forms of “otherness” in the British colonies, and of the ways in which ableist and racialist constructions of knowledge intersect. Her paper also has profound implications for the history of reading and its privileging of the sighted reader.

Jason Rudy discussed the politics of genre recognition and the possibility of making a political case from aesthetic form. An issue that arose in his paper, and throughout the conference, was the idea of poetry as a counter-force to the axial distribution of labour in Franco Moretti’s theory of the novel, which suggests that core cultures develop new genres for export to the peripheries in what Jahan Ramazani calls a formula of “foreign form and local content”.

Although not focusing on poetry, both Jane Stafford and Andrew Van der Vlies’s papers spoke to this point when they considered the idea of the colonial text as bricolage or as a hybrid text amalgamating numerous generic influences. Jane noted that colonial literature seems almost haunted by an “impossible” text of coherence or what Andrew later referred to as the “limit case” of colonial writing. I was struck by how these hybrid texts related in Lara Atkin’s paper to hybrid and hyphenated forms of belonging, especially in multi-ethnic communities such as the Cape Colony.

Nikki Hessell and Jane Stafford raised interesting questions about intertextuality and its relationship to issues of cultural, legal, and political forms of sovereignty. I was fascinated by Nikki’s distinction between the “work of allusion” and “the work of citation”, in particular as it related to the use of forms like the petition as opportunities for agency. Alan Lester raised the idea of the development of various forms of “imperial literacy” among indigenous populations—an idea that enables us to move from thinking about “native informants” to thinking about the role played by those indigenous peoples who were able to navigate, subvert, and even bypass the settler colonial system.